About a mile from the Nike campus in Beaverton, Oregon, is Cedar Hills, a Portland neighborhood of ranches built in the 50s. Matt Demarest, 41, and Kristin Hammond, 37, first rented a midcentury post-and-beam house there before buying their own 1955 transitional ranch. With an attached garage forming an L, the home looks like others of its vintage, but it captured them with several distinctive features.

“The yard was decent, but what sold us was the roof line, the layout and all of the glass,” says Hammond, a PR/marketing person for Cushman Wakefield. Despite its low-slung ranchiness, the living room has soaring modern elements: exposed beams, full-length windows and clerestories, including a set on the wall that backs up to the kitchen, letting light travel between the rooms. Similar clerestories in the family room rather oddly look into the adjoining garage.

Downsides were the butter popcorn yellow interior, some rotting posts in the crawlspace and an icky kitchen. Under the beige carpet was original cork flooring but the small master bath needed a makeover. “It had red ceramic tile on the floor, a yucky sliding glass door in the shower and the sink vanity had a big wall cabinet right across from it—strictly Home Depot specials,” Hammond says. “It just shrunk the space; you could hardly move in there.”

A leak in the shower led them to gut the room, a project that finished up as the couple moved in. New fixtures, floor-to-ceiling tile in the shower and a floating vanity were some of the contemporary choices they made for the space.

Demarest and Hammond had to get immediate neighbors to sign off on their proposed green exterior paint scheme, thanks to the tract’s CC&Rs. But those guidelines haven’t forestalled unfortunate remodels, witness the steroid ranch with Palladian windows and two-story pillars a few doors down.

“We’re lucky that on our street there are a lot of nice homes that owners have taken care to keep truer to the original style,” Hammond says. “But there are a few two-story houses that have no business being in this neighborhood. We have a homeowners’ association, but they don’t worry about that too much.”

Demarest, a commercial editor, chimes in: “As far as pop-ups go, I’d rather not see that at all, but I also understand that there are people who have three or four kids in these homes who can’t afford, or don’t want to buy, a McMansion. So, what do you do when you need more space? I just wish additions were more sensitive to the original design of the homes. I don’t see that there’s an aesthetic that the board is trying to endorse.

“Neighbors said that ours was one of the first houses built in the tract and was an architect’s spec house,” he continues. “We‘ve only seen two others in the area that might be the same plan.”

The plan isn’t without its quirks, such as two doors to the back yard, one in the family room and the other in the orange dining room, about six feet apart. “In my mind, the first people who bought this house were in the dining room and said, ‘Sure would like to walk out into the back yard out of this room. So they took out a window and put in a narrow door,” Demarest opines.

The three-bedroom, two-bath house cost $267,000 in 2004. Despite its growing value, as a real estate professional, Hammond lobbied for a $15,000 kitchen remodel, not a top-of-the-line custom cabinet bonanza.

“This house doesn’t warrant a $70,000 kitchen,” she says. “That would be a bad move on our part.” Instead, the cabinets and laminate countertops are from Ikea, the dishwasher is a KitchenAid and the gas range is a Maytag with a Broan exhaust hood above. They passed up a sexy red or Martha Stewart–green finish on the Abstrakt cabinets, playing it safer with white with future resale in mind. The remodel would have come in even cheaper if they hadn’t encountered asbestos when removing the old flooring for new Marmoleum tile.

We first shot the Hammond/Demarest home in 2005 for the Atomic Ranch book, and two years later we revisited them photographically. A few changes had taken place in the meantime: replacement windows, a jacked-up-and-leveled foundation, revamped landscaping and a new family member, Kato, a Shiba Inu dog.

Hammond was the force behind the new landscape, as she previously worked at a nursery; Demarest endorsed the plan and helped with the brawny tasks. The couple wanted more privacy and year-round greenery on their corner lot, which has a smallish L-shaped back yard and a good size public-face front yard. The previous owners had installed irrigation, a new lawn and the backyard raised bed trimmed in rock. But to Hammond the landscape was lacking.

“The things that were planted in that bed were bordering on obnoxious spreaders: wild geranium, probably 200-plus grape hyacinth bulbs—and other than alliums, I’m not really a bulb person—junipers and Oregon grape,” she enumerates. “I removed two yuccas and trimmed a third one. There were a few things we kept: heavenly bamboo and Japanese honeysuckle—that’s it.”

Hammond feels her design and plant choices are a bit eclectic, with Asian and tropical influences in a Pacific Northwest context. “I wanted it to be like a river—smooth and all connected once it is grown in. But first and foremost, a plant has to intrigue me. Whether it’s the texture or color of the leaves or blooms, there has to be something interesting about it,” she says.

“The second thing is the kind of light and water it receives naturally. In the section of our garden that gets more sunlight, I have drought tolerant plants so I can minimize how much irrigation we have to do. In areas that are receiving a lot of shade and the soil stays moist, I have plants that can take those conditions. That way, it requires less maintenance, I’m not replacing plants and they’re healthier.”

In the main bed, the Asian influence is seen in the heavenly bamboo, rush, sedge, Japanese aralia and clump of golden bamboo, while the purple-black banana lends a tropical note. That black accent is repeated in the coral bells, black pussy willow and mondo grass, many of which were planted next to contrasting plants—brilliant green maidenhair ferns, gold spike moss groundcover and variegated Jack Frost brunnera.

Hammond’s advice to others in a similar climate (zone 8) looking to landscape a midcentury property:

“My first question is, What kind of light does your yard get? because that determines what’s going to work. My second question: Is there a style you find yourself leaning toward? Ornamental grasses usually come into play because they are very low maintenance and can handle a variety of light conditions.

“I like to use small succulents if you have a lot of light; sedums give you a little bloom but have a green effect in the winter,” she continues. “If you have a lot of shade, I tend to advise things that look slightly more tropical, like Fatsia japonica for color late in the season and extremely low maintenance. Nandina domestica is a great plant for sun or shade and it comes in burgundy or plum, while other varieties are brighter orange. And I always try to work in a conifer, something like a serpentine blue spruce.

“But most important is you’ve got to like what you’re looking at; it’s a reflection of you.” 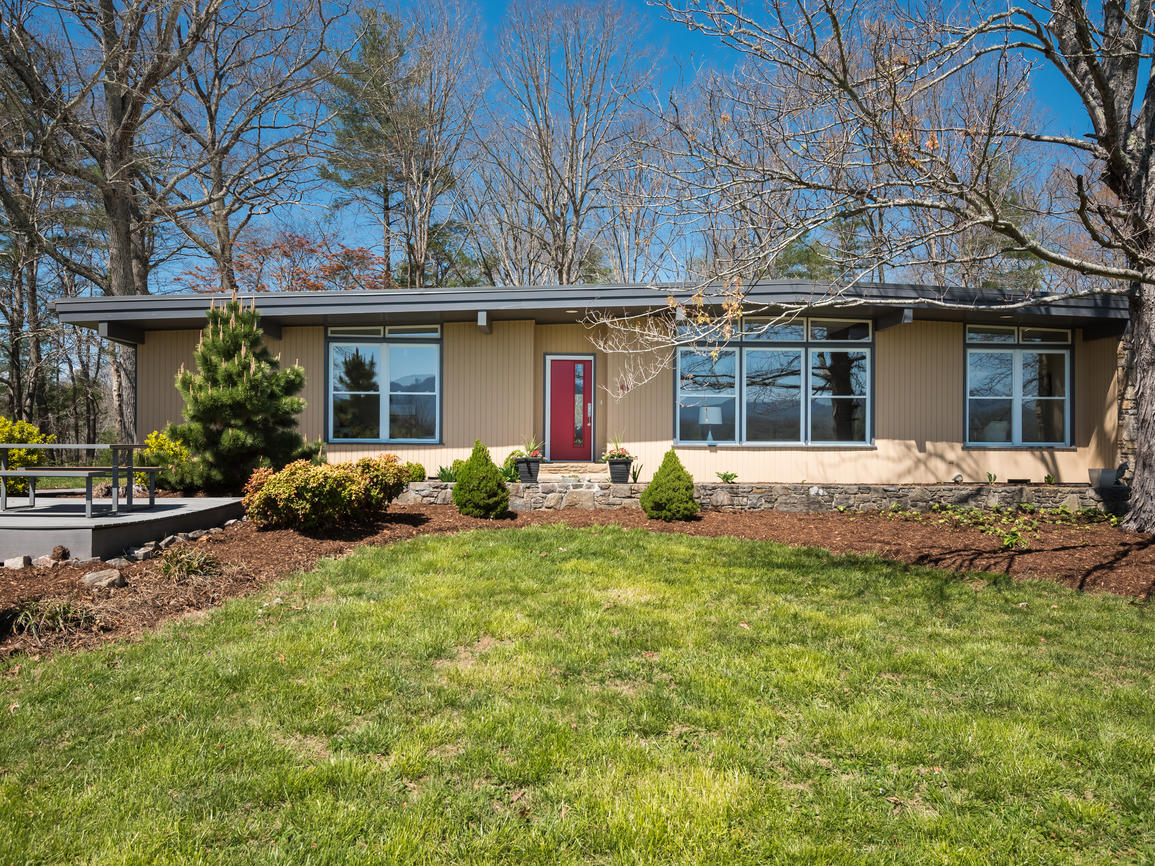 On the House Hunt? Here’s How to Find a Good Realtor

Tour the Frost House, a Rare Modern Gem in the Midwest