An expansive living room with built-in features and a sunken lounging area are the focus in this design by Charles Eames and Eero Saarinen.
Written by Lindsay Jarvis Photography by Images Courtesy of Arts & Architecture Magazine Posted July 07, 2020
PIN
SHARE
TWEET
Linkedin
Email 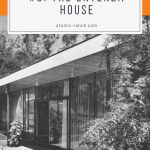 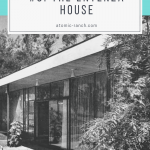 The Case Study Houses were and are an illustration of modernism’s intended audience—the masses. These homes were intended to change the way we look at residential design and forever alter the way we live. Built or unfinished, preserved or lost, join us as we take a closer look at each of the iconic designs that carry the name “Case Study House.” In this installment we look at Case Study House #9.

The Entenza House was created for John Entenza, the editor of Arts & Architecture Magazine. Introduced alongside CSH #8 (The Eames House) in the December 1945 issue, the homes were designed adjacent to each other on a large plot of land in Pacific Palisades, CA, and would later include two other Case Study Houses. Though the Entenza House wasn’t built until 1949, the plans of Charles Eames and Eero Saarinen remained largely the same from beginning to completion.

As a whole, the steel-frame home focused on a simple construction and easy transition of flexible space. “The occupant will need space used elastically where many or few people can be accommodated within the areas appropriate to such needs,” states the original article.

This can be seen in details such as a sliding door/wall that can open or close as needed to separate a bedroom area from the adjacent built-in seating space below. A similar wall can enclose or join the bath area with a dressing room.

With a view of the sea through surrounding meadow, the home is all enclosed in a large square, including the garage. As we’ve seen with many of the Case Study Houses, #9 also interacts with its surroundings, with outdoor areas extending the entertaining and relaxing spaces. The main portion of the home is a large central living area that connects with the kitchen, entryway and bedroom.

Two wide steps wrap around to create a sunken portion of the living room and were meant to serve as informal seating when needed. On one side, the sunken area is actually a curved built-in couch. A two-sided fireplace makes a divider for the two spaces, but still allows for views of the outdoor scenery.

Conversely, the study room was created with concentration in mind, so it sits in the middle with no windows or skylights… or distractions! Private spaces were kept to a minimum, smaller in size and light on furniture. There are several terraces that take advantage of the layout and the California sun, including one off the bathroom and a breakfast terrace.

Case Study House #9 is still intact today but, unlike the Eames House that is open for tours, the Entenza house has been a private residence for decades. According to archdaily.com, John Entenza only lived in the house for five years and there have been several alterations to the home through different owners over the decades.

To learn more about the Entenza House’s neighbor, the Eames House, read part 1 and part 2. Of course, don’t forget to follow us on Instagram, Facebook and Pinterest for more Atomic Ranch articles and ideas!