Near Melbourne, the lovely bayside suburb of Beaumaris is an enclave of Midcentury Modern houses, including this 1956 split level built by B.K. Hammer. After quite literally stumbling into the house on a summer afternoon in 2000, it was purchased at auction three days later by the current owner.

Jackie Fish, a television commercial producer, and her then husband Michael Houlahan, an editor, were feeling a bit cramped in their Victorian terrace with newborn twins Harry and Bella. Yearning for more breathing room in a home with a spacious garden and outdoor space, their search area was broadened.

“We honestly didn’t even know Beaumaris existed…it was purely chance,” Jackie recalls of her serendipitous encounter with the neighborhood.

Jackie and Michael worked closely with Sandy Frisco of Frisco Construction to create their ideal home. While it took several years to decide on a design and layout within budget, the actual remodel lasted only 10 months. “We really wanted to live in the space and work out how it would grow with us before we committed to anything,” Jackie says.

One of the first projects completed upon move-in was installation of luxurious, olive green, New Zealand wool carpet—much more conducive to life with children than the white tiling they inherited from the previous owners. To accommodate life before the large remodel, they added a pool to the front courtyard, which acted as an extra living space before tackling a new addition.

Despite the original fireplace and a gas heater fitted during a 1990s remodel, the winters were very cold. Hydronic heating was retrofitted into the original areas of the home and installed into the newly built parts of the renovation for a cozy year-round home. Besides the home’s lack of heating, there were no serious structural or internal issues to tackle.

“We were very lucky that most of the original features were still intact,” Jackie says of the beautiful narrow chimney brick, stairs and living room layout. Working with Sandy, they kept the original woodwork, floorboards and exposed brick—then mimicked the design in the new areas.

Opening Up the Space

What was once a boxy kitchen and laundry area is now an open plan kitchen that leads to the new
living room. Converting a wall to a countertop not only connected the dining room to the kitchen area but also created a lighter and more airy space. “We worked hard to make it functional but also to have some feeling that, with the materials and the styling and the open feeling, it could have been built this way originally,” Jackie explains.

Wanting extra living space and bedrooms for growing children, a strategic addition maintains the
home’s intrinsic midcentury aesthetic. Large windows in the new living room and master bedroom were modeled after existing ones but used a safer and more environmentally-friendly glass.

“A lot of the furniture in the house are secondhand finds—some I literally picked up off the street—that have been reupholstered or revamped in some way,” Jackie describes of the eclectic yet flowing interior design. Some of her treasures include a Chinese screen from Singapore, a pool table from her childhood, a side table handmade by her father, and a purple cracked vinyl sectional from the 1970s that was glamorously reupholstered.

Now a local committee member, Jackie works with Beaumaris Modern to protect midcentury houses in the area from demolition.

To peek inside more homes and learn about your favorite era’s designers, stay tuned for Atomic Ranch’s forthcoming special, The Design Issue. 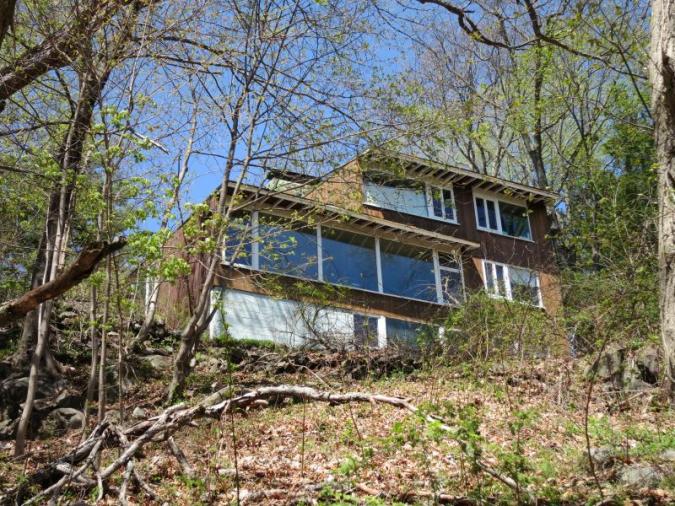 The Mount Angel Library: A Light-Soaked Sanctuary of Theological Learning

Know Your Zone! Pick Plants for Your Climate Zone

A Desert Sanctuary Takes It Outside

A 1961 Francis Gassner-Designed Home in Memphis

Past Perfected in a 1965 Boise Home